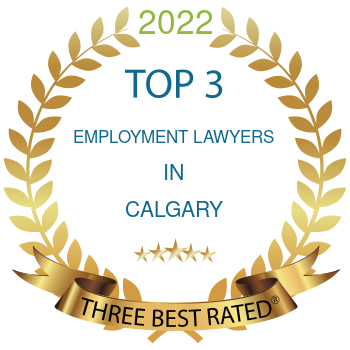 (August 12, 2022, 8:56 AM EDT) — Wisser v. CEM International Management Consultants Ltd. 2022 ABQB 414 is a recent decision from the Alberta Court of Queen’s Bench where a dismissed employee was able to get a reasonable notice (severance) award of 10 months against not only the corporation he had worked for but also against the directors personally and their new corporation. The court’s decision, in this case, is quite fascinating in the employment law field.

The plaintiff, James Wisser, was employed by CEM International Management Consultants Ltd. (CEM) and its successor, Forefront Performance Inc. Wisser worked with the employer briefly in 2005 and was rehired in 2007. In 2008 and 2009, there was insufficient work to cover Wisser’s salary, and his engagement was converted from an employee to an independent contractor. By 2011, Wisser was changed back to an employee, a role he worked until his employment was terminated in 2015. In total, Wisser worked for his employer for a total of 7.5 years and was 61 years old at the time of his termination.

CEM offered him four weeks’ pay for his three-and-a-half-year employment from 2011 to 2015, not accounting for his prior employment and the period of independent contractor engagement, alleging a break in his employment. The plaintiff maintained that he did not receive adequate severance in lieu of notice of that termination, so the employee sued the employer, demanding 15 months of reasonable notice. The plaintiff engaged our firm as legal counsel to sue his former employer for payment of more notice period.

I, along with my colleague Justin Kwon, discovered that after the termination of Wisser’s employment, the employer, CEM, stopped operating in 2016 and was dissolved. A new entity, 1994992 Alberta Ltd., was incorporated in its place. The directors were the same and enjoyed the same goodwill as the dissolved CEM.

The plaintiff argued that his tenure of seven and a half years of employment should be considered in determining his severance. Aside from the issue of the severance, there was the question of which entity would be liable for his damages. Wisser argued that defendant’s business and assets were deliberately reorganized to his detriment, so the employee sued the employer, the directors, and the new corporate entity the directors started.

The defendant argued that the employee had been an independent contractor for several years, so those years should not count towards his severance. They also argued that the previous company no longer exists.

The court noted that although the parties in 2009 signed a contract, which showed a clear intention of an independent contracting relationship and the plaintiff had been issuing invoices for time worked during that period, there was no change in his job description, reporting structure or level of supervision, and the relationship was exclusive. Consequently, in considering his employment holistically and applying the test for reasonableness, the court found that although the parties entered an independent contractor, the employee, though not a full employee was a “dependent employee” from 2009 to 2011.

The court held that his initial employment was not terminated correctly in 2009. What was paid to him was accrued vacation pay, and no severance was paid to him; therefore, he was entitled to 10months of reasonable notice.

Was new corporation liable to employee?

The court held that the employee qualifies as a claimant within s. 239 of the Alberta Business Corporations Act and can claim relief under the oppression remedy. He also had a claim against the corporation before it was dissolved. The court stated that he reasonably expected that the corporation would not be unfairly restructured to benefit management at his expense.

Were the directors liable?

Applying the oppressive remedy principle to employment law in the case is novel, as the court likened an aggrieved employee complainant to a mistreated shareholder/creditor of the corporation.While there are no instances of fraud to trigger the doctrine in this case, it is notable that the oppressive, unfair and prejudicial timing of the defendant directors’ conduct was crucial to warrant the court to pierce the corporate veil and hold the directors personally liable.

This is an important decision with a far-reaching impact on EMPLOYMENT LAW.

CHARLES OSUJI is an AWARD-WINNING LAWYER IN CALGARY and owner of Osuji & Smith Lawyers.